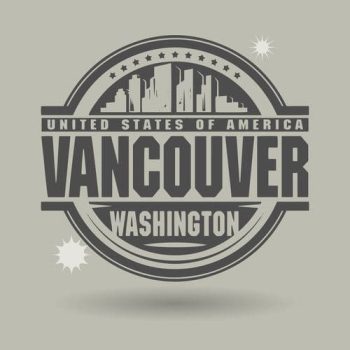 Named after the sea captain, George Vancouver, the city of Vancouver, Washington is located just north of the Columbia River. It was originally home to natives of the land for thousands of years before being discovered by others. Here is how it was named:

“In May 1792, American trader/sailor Robert Gray became the first non-native to enter the fabled “Great River of the West,” the Columbia River. Later that year, British Lt. William Broughton, serving under Capt. George Vancouver, explored 100 miles upriver. Along the way, he named a point of land along the shore in honor of his commander.”

While the population is less than that of Seattle or Spokane, the city is home to the fourth largest population in the state at 167,405 citizens and counting since the census of 2013. This makes it the perfect place to visit without having to endure the crowds which frequent more densely populated regions.

For the best possible experience during your visit to Vancouver, mentioned below are a few ways that allow you to make the most out of your vacation. Take note of the best places to sight see and experience them for yourself.

Dressing For The Weather

One thing that is important to understand about Vancouver, as opposed to other American cities, is that most of the seasons here include rain at some point or another. Lying close to Portland, Oregon the city sees less cold weather than the northern region of the state, providing occupants with four almost distinct seasons, but without the blustery winters of other cities or its Canadian counterpart of Vancouver, British Columbia, in Canada. It is instead, classified as a subtropical climate, providing dry hot summers and a rainy spring, fall and winter. Occasionally, the city does see snow, but it normally turns to rain, freezing rain, or disappears completely, leaving little behind on the ground, even in the coldest months.

For tourists, this means that it is a good idea to pack an umbrella, or at least pick one up in the airport when you arrive. Fortunately, there are plenty to do in the city, which means that if you do get caught in a downpour, you will likely find shelter quite quickly until the rains pass, but it is still a good idea to plan ahead, dress for the weather, and check the weather report before leaving your hotel.

Among the many hot spots of any city, the festivals and events which take place are usually the most crowded, but these venues also offer a chance to have some of the most genuine fun. From Fort Vancouver lantern tours which take place all the way into February, occurring twice per month, to the Annual Community Tree Lighting in Esther Short Park, the city is packed with things to do the entire year round. These events offer the opportunity for you to live like a local for a day, attending community fundraisers, checking out fireworks, and much more.

While winter holidays in Vancouver offer some truly festive parties and light displays, the summer months tend to bring out the urge to party in this township. Esther Short Park opens up again during this warm time of the year to offer farmer’s markets, free concerts, and art walks. If you visit during the summer you can also participate in what is known as the biggest party citywide, the Clark County Fair. VisitVancouverUSA.com writes:

One of the biggest parties in town is the Clark County Fair. Known here as “summer’s best party,” the Clark County Fair offers a 10-day whirlwind of fair food favorites, carnival rides, furry friends, and nationally renowned entertainment. Livablity.com even rates the fair as one of the Top 10 in the Nation!

Those interested in learning more about events occurring all year round can find dates, times, and even purchase tickets through the government and a variety of Vancouver tourist websites. The best place to gain access to the top food, entertainment, and festivals in any town is to go to the source and check the same place that locals check for this information.

Finding The Top Venues In The City

Although local events are sure to bring in the best and brightest the city has to offer, you can seek out your own hidden gems all over town by taking your time to investigate local restaurants, mill about the city markets, and even pop into the family owned shops. You can find the same name brand chains that appear across the rest of the country here too, but what makes Vancouver special is the feeling of community that is nestled inside this large city space.

Grab a morning cup of coffee at Brewed Awakenings at 1010 NE 78th St., or mix dinner with aesthetics by popping into Niche Wine and Art for drinks at 1013 Main St. Listen to the Vancouver Symphony Orchestra, view Art on the Boulevard, or check out the Magenta Theater Company to incorporate some culture into your vacation. No matter which part of the city you happen to be in, you can find a place to fit in or stand out.

Another factor that sets Vancouver apart from other cities in the United States is the beauty that can be found outside. Just a 90-minute drive north of the city sits Mount St. Helens. This beast of a volcano last erupted in 2005, and while it is still considered live and brewing, you can fly high above the mountain in a helicopter, or even hike or ski nearby.

Another beauty to discover lies in the scenic Columbia River Gorge, which offers picturesque views and plenty of outdoor activities in the form of hiking, biking, and even fishing. The Columbia River Renaissance Trail and the Cold Creek Trail offer more opportunities to step outside of the bright lights and ongoing traffic and enjoy a breath of fresh air. ExperienceWA.com advises:

Vancouver is also home to more than 7,000 acres of public parks and more than 44 miles of walking and biking trails, public pools and tennis courts. And don’t forget to visit all the local wineries and vineyards that call Vancouver home.

Whether you come to Vancouver, Washington, to observe the modern beauty of the city, marvel in the stunning views of nature, or mingle with the locals at the various events, there is something for every individual in this city. From young children and teens to adults and seniors, Vancouver is a treasure trove of activity if you are willing to seek it out.

This is why I live in Vancouver WA. Its a wonderful place with lots of outdoor activities that I enjoy. I work as a SEO in Vancouver WA, and play on the waterways of the Columbia river where I enjoy fishing and relaxing. Also Vancouver is close to many great Lakes like, Lake Merwin for example that has some of the best Kokanee fishing in the pacific Northwest. If your lucky you might find me there as well.

More about Vancouver you may enjoy