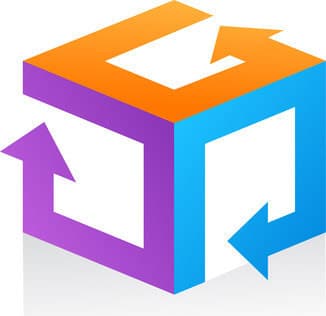 Generally speaking, it’s a good idea to take a look at past and upcoming trends in December, as this is the end of the year. However, the internet has been developing at a faster and faster pace since the beginning of the 90s when the first website was developed. This means that only looking at trends once a year is no longer sufficient, because something that was new in January will be totally obsolete a few months later. Hence, with 2014 half way through, it may be interesting to take another look at what we can still expect this year and what we have already seen.

A Constant Growth in Cloud Data

Enterprises and businesses are focused on one very important thing, which is the ability to access real time data. Because the face of businesses is changing, with more and more companies working virtually, this has presented some significant challenges. The answer to these challenges was created in the form of the Cloud. As expected, we have seen the Cloud growth and it looks like it isn’t slowing down just yet.

IDC Research predicts cloud technology spending will grow by 25 percent in 2014, reaching over $100B. Along with further adoption comes further specialization – and cloud services are increasingly becoming differentiated as vendors seek to provide more infrastructure capabilities.

What we’re seeing, as well, is that the Cloud is no longer used just for storage. Instead, developers like Google and Amazon are offering cloud-based services and apps that allow businesses greater collaboration with their staff, other businesses and their customers. It’s also expected that those companies that really use the Cloud to their advantage will be the ones that see the greatest growth.

Another development that we’ve already seen and that shows no signs of slowing down is mobile internet. There are almost as many Smartphone’s around as there are people, and users want to be able to access information and entertainment on the go. Indeed, preliminary figures show that mobile internet usage has now overtaken regular desktop usage.

The need to adapt to a growing mobile-enabled user base can make a company more agile, driving innovation within organizations. 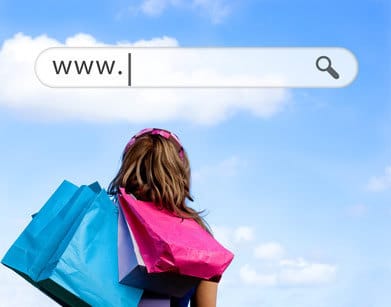 At the beginning of 2014, it was believed that businesses simply had to pay more attention to their mobile sites, but that their regular website was still the place that deserved the most focus. Now, however, experts are suggesting that businesses should consider giving their mobile design first priority. Online shopping is growing massively, to the detriment of brick and mortar stores. Now, people don’t just shop using their laptop when they get home. They want to do it on their lunch break, when they’re out for a stroll, stuck in traffic or waiting on the bus or for an appointment.

The way websites present their content is also changing. The idea of story telling is starting to become more and more prevalent on the internet.

This methodology suggests that users are told a story through concise, compelling copy coupled with strong imagery as they scroll down the page. Another way to say it, MAKE IT FUN.

This trend is seen very strongly in the world of ecommerce. No longer do businesses simply list the details of the product they’re trying to sell. Instead, they tell a story about the product, explaining how it could be used and involving characters from popular culture. This is a completely new development that is still in its infancy, but web design experts agree that it will become more and more widespread over the coming months.

Businesses generally require their customers to register before they can fully use the website. This is, at the very least, necessary to complete a shopping experience, but often even to access regular parts of a website. Customers understand this, but they’re tired of having to come up with unique user names and passwords and filling in details about themselves again and again. As such, there is a drive for quick user registration.

Try to keep all registration forms quick and to the point. Many newer web apps include the signup form right on their homepage to capture as many visitors as possible. This happens when a new visitor is curious about your product, sees the form only has 2-4 fields and decides to go for it. You may be shocked at how well this strategy works for capturing new users.

You may feel this means you won’t be able to capture enough details about your customers. However, you have to remember that many of them only come to take a look. If they just have to complete a few forms, they’ll be far more likely to actually look properly and perhaps even return to make a purchase later. It’s at that point that you can ask them to provide a greater amount of detail about themselves.

One other up and coming trend is Flat UI.

Flat is a mix of fun and smooth colors, combined with complete and total simplicity, which brings websites and web applications to life. Apple introduced flat UI design on their latest iOS 7 software update; Microsoft has been developing Metro UI for a fairly long time now.

There is a constant race between Microsoft and Apple in the world of mobile and internet technology. This means if one does it, the other will quickly follow and try to make it even better. The simplicity of flat UI is something that customers seem to really appreciate. It makes websites fun and easy to see, and the information they need is readily accessible. This is a big change from the older sites we were used to, with the various categories and menus for people to choose from. Experts agree that websites will become more and more simplistic and flat in their design, while coming up with innovative ways to allow their visitors to see the larger amounts of content provided.