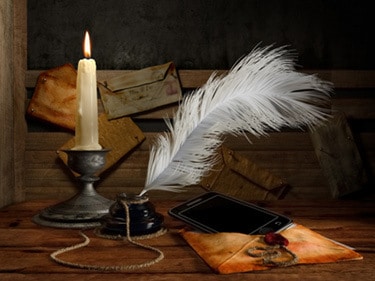 Back in 1991, the very first website was created by Tim Berners-Lee. Much has changed since then. All technology and knowledge grew exponentially, creating a type of snowball effect. However, nowhere has this been as apparent as with the internet. In just 23 years, things have changed so much that it may feel like stepping into a time machine. Let’s take a look at some of the main historical events during these past two or so decades. A brief quick down memory lane, if you will, where you may suddenly remember how cool the moving .gif files were and how we used to be impressed by letters folding up into the shape of an envelope to tell us an email was sent.

Back in the 90s, we needed a telephone line to go online. Everything we saw on the internet was in document format, which was HTML. This meant that as soon as they were online, anyone would be able to see them as well. The technology was limited and only very few colors and graphics could be used. The first generation was about providing information rather than entertainment.

The ‘early web designers’ could only create simple layouts, text, tables and links with little or no graphics. Consider this as the ‘Bronze Age’ of Web Design. But even if web sites were not design-centered back then, developers were already thinking about how they can make their sites more visually appealing.

The most important development during these days, however, was the W3C. This made it impossible for a single company to own the web design code. Had this not happened, then the internet would probably be completely different from what we have today.

In 1995, Javascript was first announced, which was then called Mocha (as you can see, they stayed with the coffee-inspired names). Interestingly, some of the biggest web developers of the time really didn’t like this script at all. But their reservations had to be put on the back burner when they noticed that websites became far more dynamic with Javascript. In 1995, CSS was also introduced.

Cascading style sheets were introduced as a way to create a consistent styling approach to the web. They allowed the separation of the document content (HTML) and the styling of it.

However, it took another year before it was supported by Netscape Navigator 2. Only the following year did W3C agree to make CSS the official recommendation for web development. Suddenly, the internet had become entertaining.

Once everyone was used to Javascript and CSS, we were given Flash and the world changed forever again. Suddenly, the design of the website was no longer governed by programming rules, but rather by the actual objectives of the site. It is during the third generation that we saw the early beginnings of the “dot com boom.” During this time, business owners started to build sites all over the place, as it was demonstrated that a business with a website would immediately see its stock prices rise tremendously. Unfortunately, although Flash was available and this made it possible to create some truly beautiful websites, the reality was that very simplistic sites continued to be developed. The emphasis, clearly, was not on creating something beautiful that attracted visitors, but rather simply on getting your name online.

The fourth generation is where we started to see websites become truly beautiful. No longer were they just collections of moving .gifs and sparkling banners on one end of the spectrum, or dry, boring text on the other end of the spectrum. Suddenly, business owners started to understand that they could actually attract greater amounts of customers by offering more beautiful and functional websites. It was during this period that eCommerce was truly born.

It was during this generation, which we are only just leaving now, that the internet became a true essential part of life. Within this generation, we have seen tremendous other developments, including the ability to access the web through mobile devices. We now find ourselves in a situation where anyone with a business must also have a website in order to make their mark on the world. People turn to the internet for everything from information to their household bills. 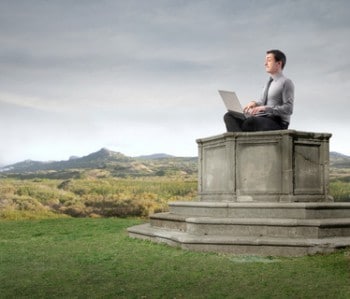 Some say we have now left the fourth generation behind and have fully entered the fifth generation. They also believe that mobile internet, which is still developing currently, is part of the fifth generation, in which case they are right. The key to the fifth generation, however, is social media. In reality, social networks aren’t that new. Since the early days of the internet, we had chat rooms where people could interact directly with each other. In the late 90s, AOL came up with ICQ and Microsoft developed Messenger. However, things really changed with websites like MySpace and, more recently, Facebook and Twitter.

Over 1 billion people now have a Facebook page and a Twitter account. Businesses are also getting involved in these sites and this is changing the face of the internet once again. Businesses no longer have just a website that allows customers to contact them. Customers can now take action to place orders, ask questions or leave comments (positive or negative). Customers now want businesses and other customers to immediately see their comments and they do so through social media.

In a sense, social media really has changed everything again. It has achieved its goal of being social, with people all over the world being able to reach each other. But it has gone further, because it has made businesses social, which is something nobody ever saw coming. Suddenly, we are conversing with company reps online, rather than having to queue in their customer service lines.